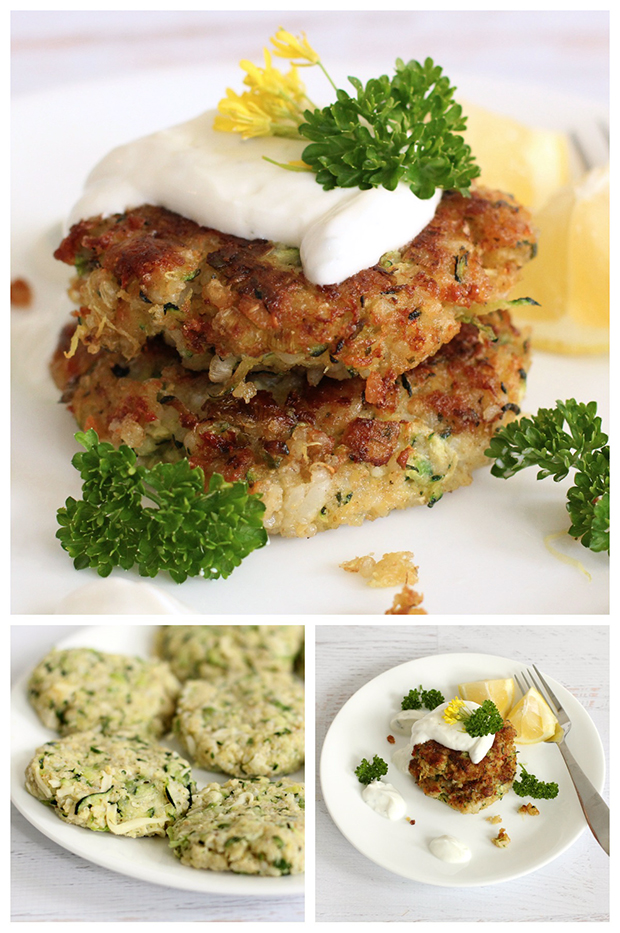 Recently on the local news,  the city of Vancouver, BC announced that they will be officially commencing with Meatless Mondays, encouraging residents to forego meat for one day a week for the sake of the planet and their health. As with everything that’s considered “change” there’s been a bit of controversy around it.  Michael and I have been trying to cut back on the meat we eat on a weekly basis for a few years now and at this point we eat meat about 3-4 times a week now. It’s nothing I work too hard at or even think about any more.  Fortunately there are so many great alternatives to meat available to us.

Last night I made some wonderful zucchini quinoa patties and thought it was worthy of a post.  Our entire family enjoys them, even picky Noelle. It’s nice because you get some veggies and protein in one nice little package. I try to keep the frying down to a minimum, I lightly brown the patties and then I cook them through the rest of the way in the oven.

This recipe has been slightly modified from this original recipe.

FOR THE YOGURT SAUCE: