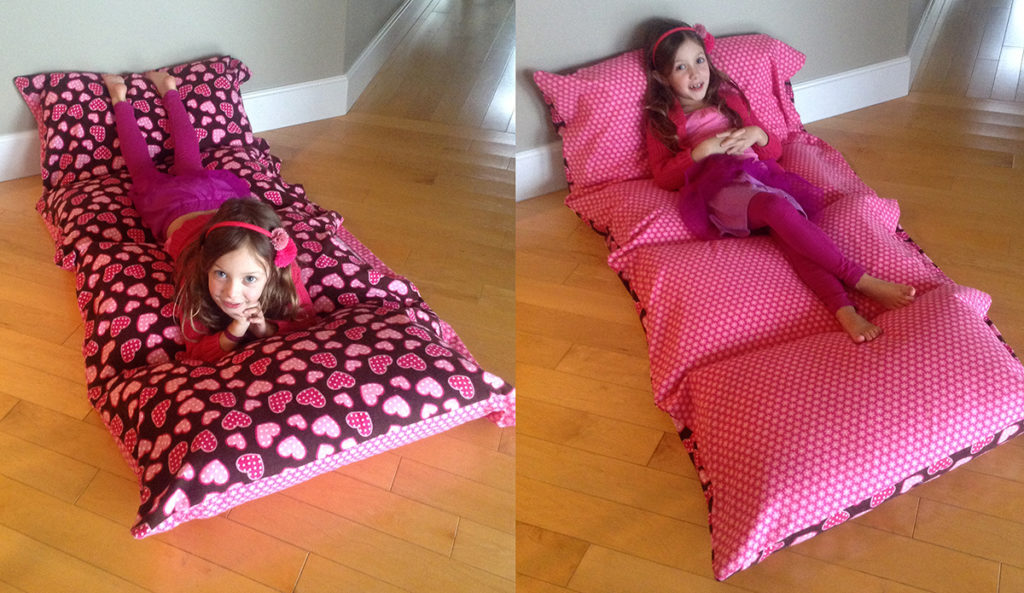 About a year ago or so I created a bucket list of things I’d like to try my hand at.  Nothing crazy or wild, just things I’d like to attempt to learn.  I’d actually forgotten about the list until I had some computer problems and saw it in my files when my computer was upgraded.  I was amazed that when I looked at the list now, I actually had checked off quite a few things in a year including knitting, crocheting and playing tennis.  One thing that was still on the list was sewing.

For Christmas this year I was generously gifted the money to buy a sewing machine which I ordered on boxing day and it came a week later.  When it arrived I took it out of the box and put it in the corner of my office where it sat until just a couple of weeks ago.  I have to be honest – sewing scared me half to death – I know, are you serious!  I’m not really sure why I was so intimidated but I was.  So one day after a serious spring cleaning in my office I noticed that poor, sad little machine in the corner and decided to dust it off and see if I could get it working.

My first attempt at sewing was a heat/rice bag for my daughter; guess what – it turned out pretty well and wasn’t that scary after all. Then I made two more, which were each quite an improvement on my daughter’s heat bag. Once I started feeling a little more confident I did some hemming and made a skirt and matching head band for Noelle.

So here’s a really cool project I made yesterday – a pillow bed (or mattress, whichever you prefer).  I took Noelle to the store and she got to chose her own fabric.  We picked flannel material so that the bed would be extra cozy.  Noelle helped with everything including the washing, measuring, cutting, pinning and testing of course.  I didn’t use a pattern but followed the instructions from this great posting: http://mplainsmall.hubpages.com/hub/Pillow-Pallets

Overall, I’m thrilled with the results and the only thing I have left to do (which wasn’t in the instructions but I think would like nicer) is to add Velcro to each pillow opening just to tidy it up.  I had a little extra material left over so I concluded the project by making a little stuffed owl toy that was cute but ended up taking longer to make then that pillow bed did – oh well, you live you learn!